What is a contingency?

A contingency is a provision for an unforeseen event or circumstance.

In other words, it is something you reserve in your project plan that can be accessed and used when a risk eventuates.

There are three basic types of contingencies we can reserve in projects, and (perhaps unsurprisingly) they can be traced back to the triple constraints.

Tolerance in the specification (by that, we mean how much you are allowed to deviate from scope)

Float in the schedule (which could be naturally occurring or artificially imposed through leads and lags), and

Money in the budget.

An experienced project manager will allow reserves in the schedule and budget to account for uncertainty.

The reserve may be a percentage of the estimated costs (or time) or a fixed amount of the same.

You might also identify and reserve the right to drop things from scope if the project delivery doesn’t go according to plan.

There are two types of reserve:

The contingency reserve is an allocation of time or money to respond to the risks that were identified in the risk analysis process; Donald Rumsfeld might call these the known unknowns

The management reserve is the time and/or money set aside to meet the risks that were not identified or accepted as is; the unknown unknowns.

These two reserves are separated in order to have more control over how they are spent.

Let’s look at the use of contingency reserves through an example.

One project task is to dig a trench for a pipeline.

Now we don’t know until we start digging whether we are going to encounter sand or rock.

There is a 50:50 chance that we will hit sand or rock – how much should we allow in our budget for this task?

How much did you allow in your budget?

By allocating the full amount regardless of the circumstances, you are inviting (and potentially rewarding!) inefficiency. 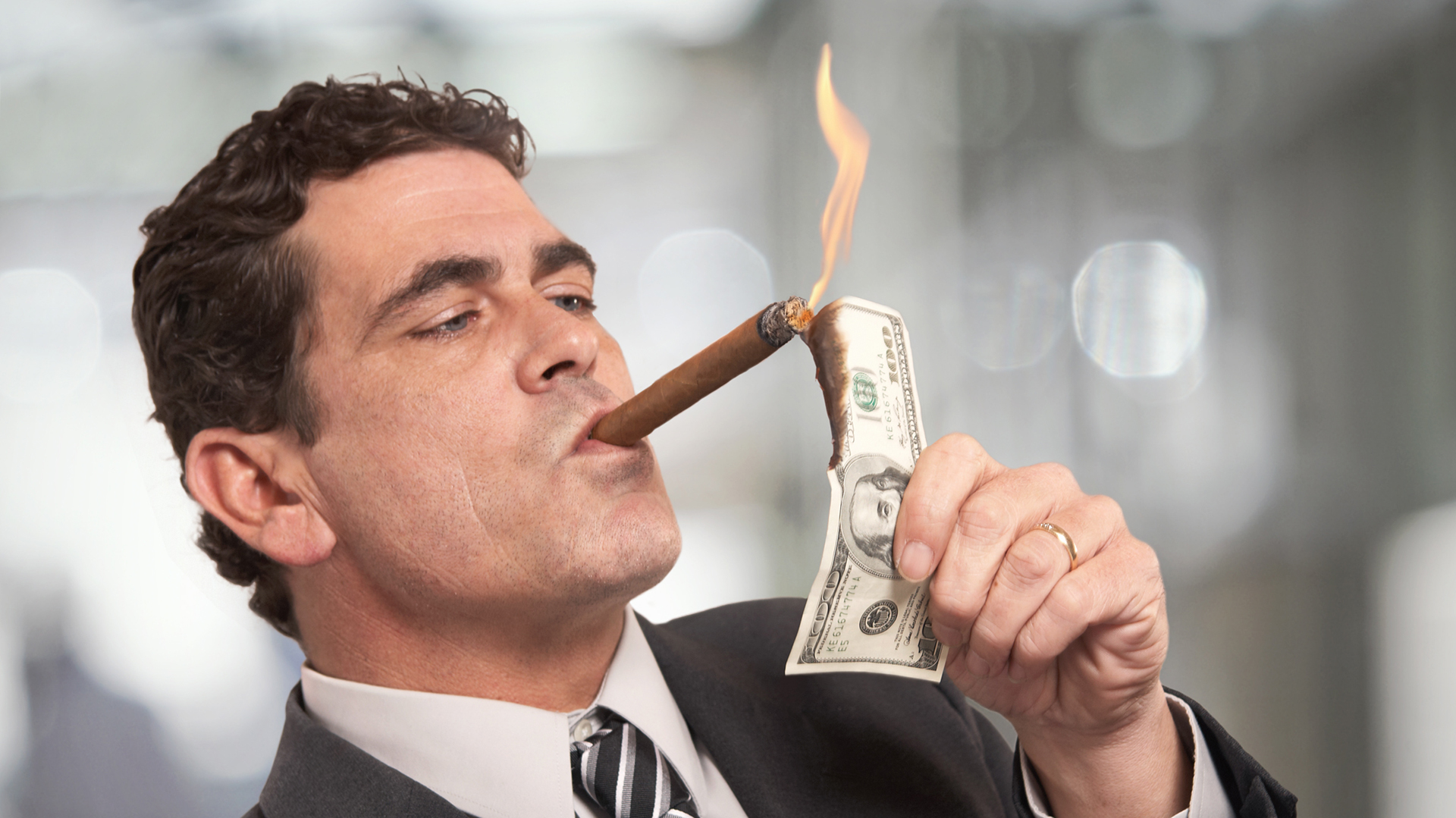 If you said $12,500: congratulations – you applied the expected monetary value technique!

Unfortunately, the reality is that if you only hit sand, you will have more money than you need for the task, and if you hit rock you won’t have enough.

From a practical standpoint, neither outcome is ideal. 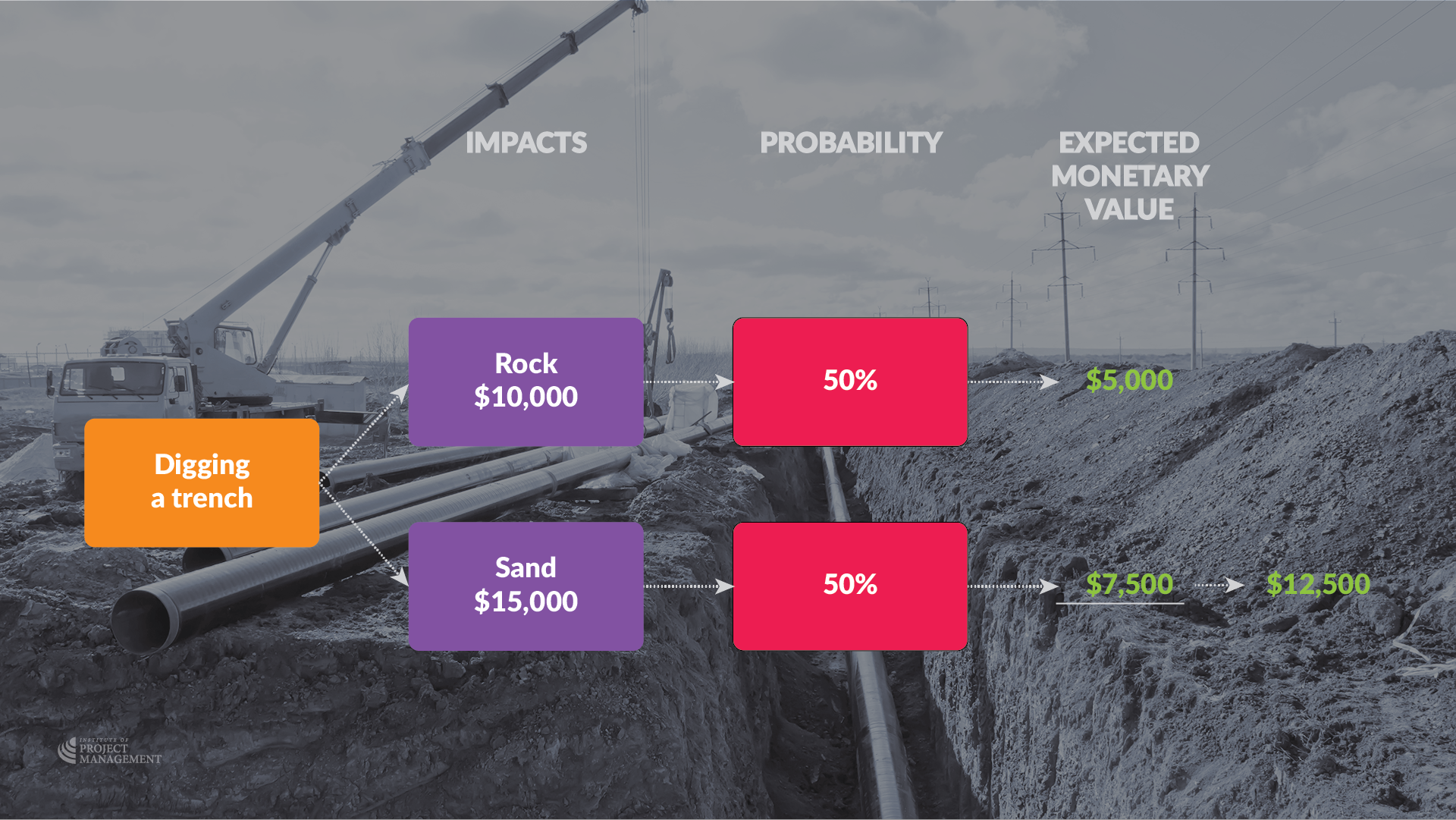 Best practice actually says we should budget $10,000 for the task and allow a $5,000 contingency reserve that is exclusively linked to the trigger event – hitting rock.

By having the contingency pre-approved in this way, the project manager is encouraged to work as efficiently as possible within a realistic budget, while at the same time retaining the flexibility to respond in real time to foreseeable issues. 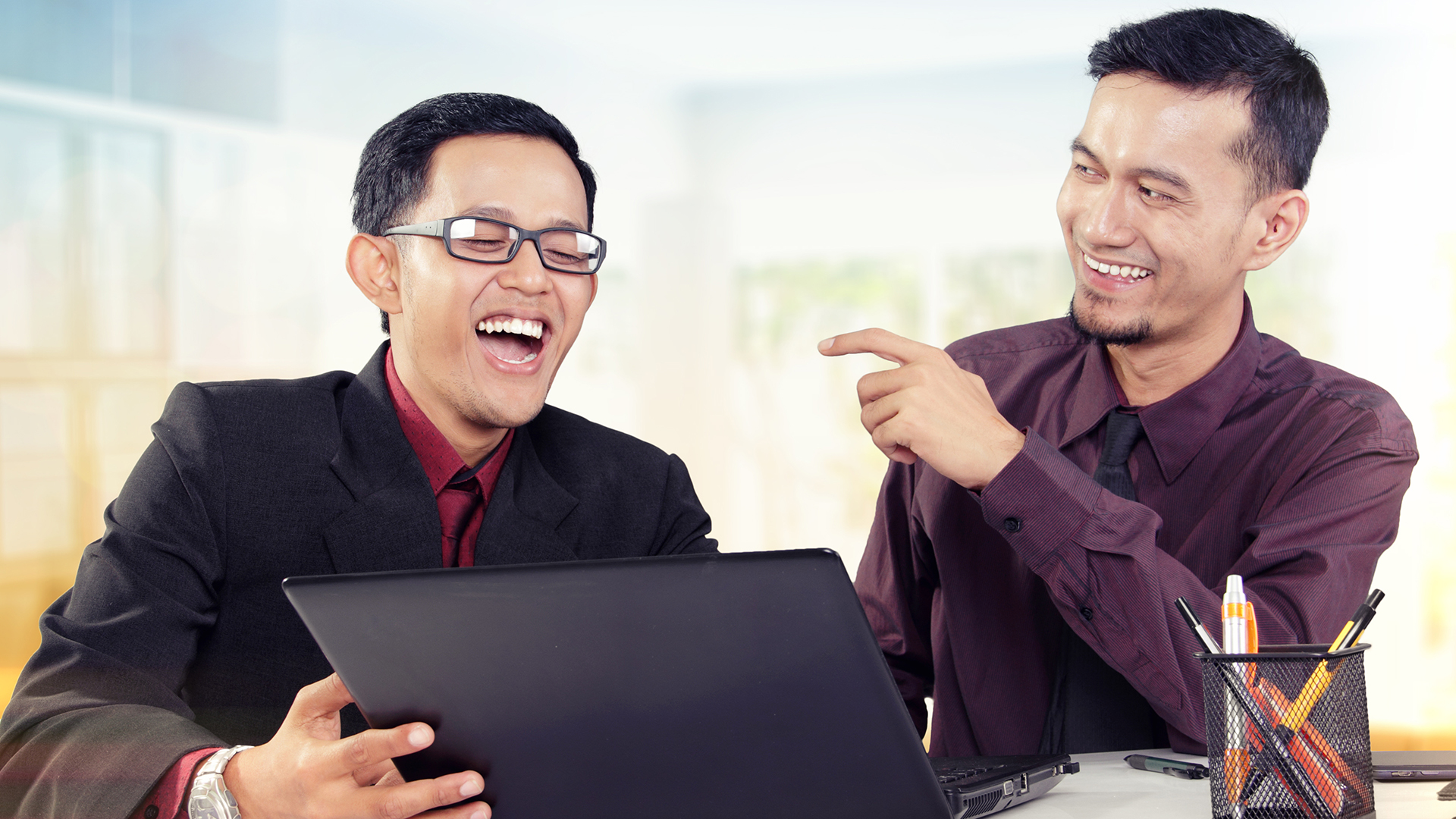 Contingency reserves should be clearly identified in the project plan at the WBS task level, and as more precise information about the task becomes available, the reserve may be used, reduced, or eliminated.

Motivate them to perform comprehensive risk analyses, and

Give them the autonomy to respond to anticipated issues as they arise.

Back to Unit 7
Previous Topic
Next Topic
To search the Directory of Certification holders, click here