There are three – and only three – things you can do to ‘fix’ a schedule:

The ability to level resources perfectly illustrates the utility of Gantt charts over other forms of schedule mapping.

Let’s take the example from the previous topic and suppose that our requirements analysis reveals that Task A and Task F both must have an excavator.

In other words, we need to dig two big holes in this project.

Now because we only have one available excavator in our organisation, we have two choices:

We can take advantage of Task F’s float by shifting its start date to later in the project ( extra time ).

If we choose the second option, our project software should allow us to grab Task F with our mouse and drag it to Day 7.

Alternatively, we can edit the (early) start date of Task F and the software should do the rest. 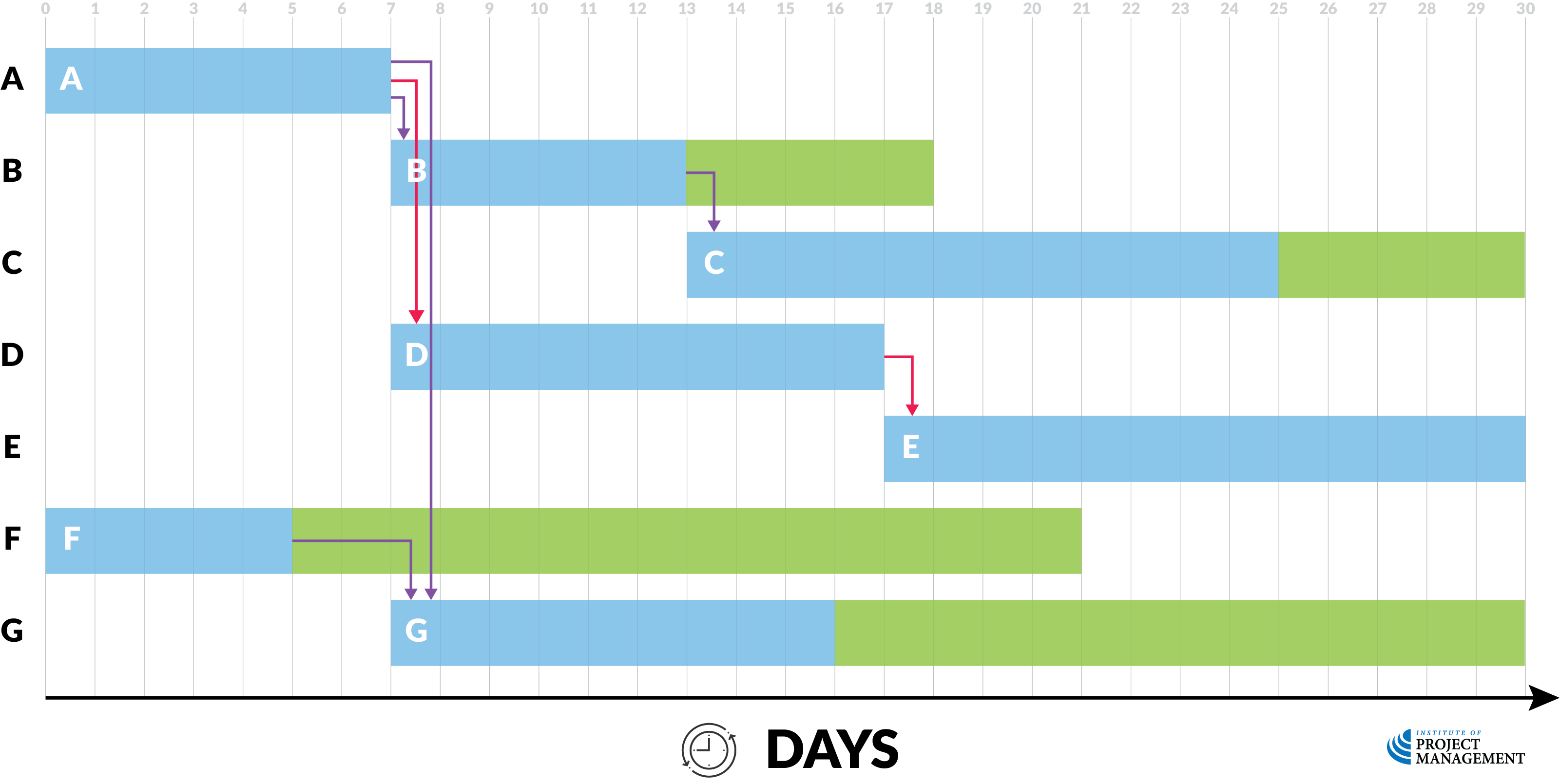 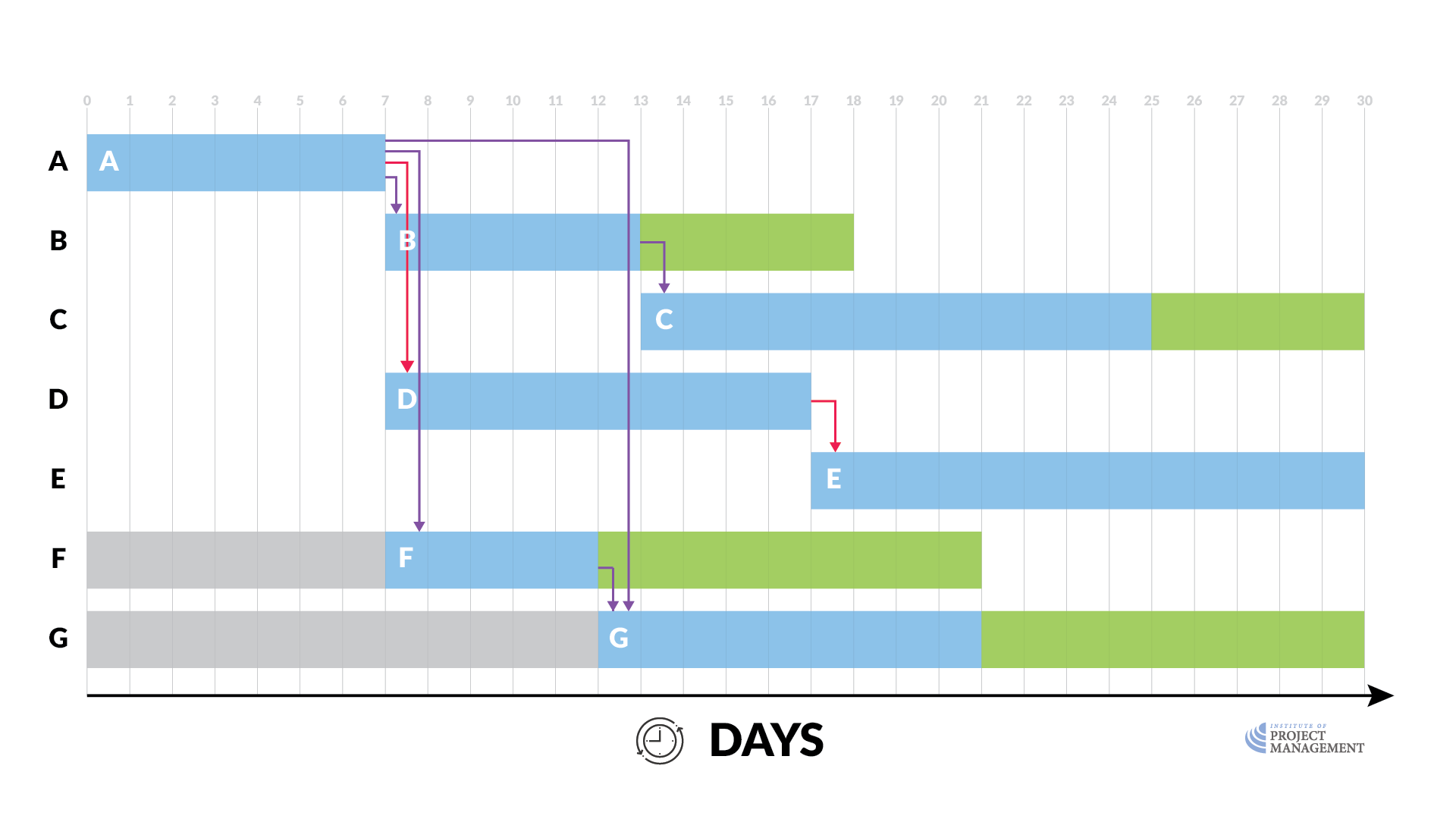 And as you can see, because we have drawn in our dependency to Task G, our software will recognise that Task G cannot start until both A and F are finished, and push it out accordingly.

Note that by doing this you are changing the practical early start and finish dates for levelled tasks, even if it is theoretically possible to unwind your changes.

You have also created a finish-to-start dependency – the need to share the excavator – between Task A and Task F where one did not exist previously; as well as denying yourself a large chunk of what was previously Task F’s float.

Hang on… why does Task F have to start on Day 7?

What if it rains, and Task A overruns by a few days?

To allow for this contingency – and contingency planning is something we will look at in much greater detail in the next Unit – we might plan to start Task F on Day 11.

That way we have introduced a four-day lag between the end of Task A and start of Task F, while still leaving ourselves five days’ float at the end of Task F to be used in the event of something going wrong. 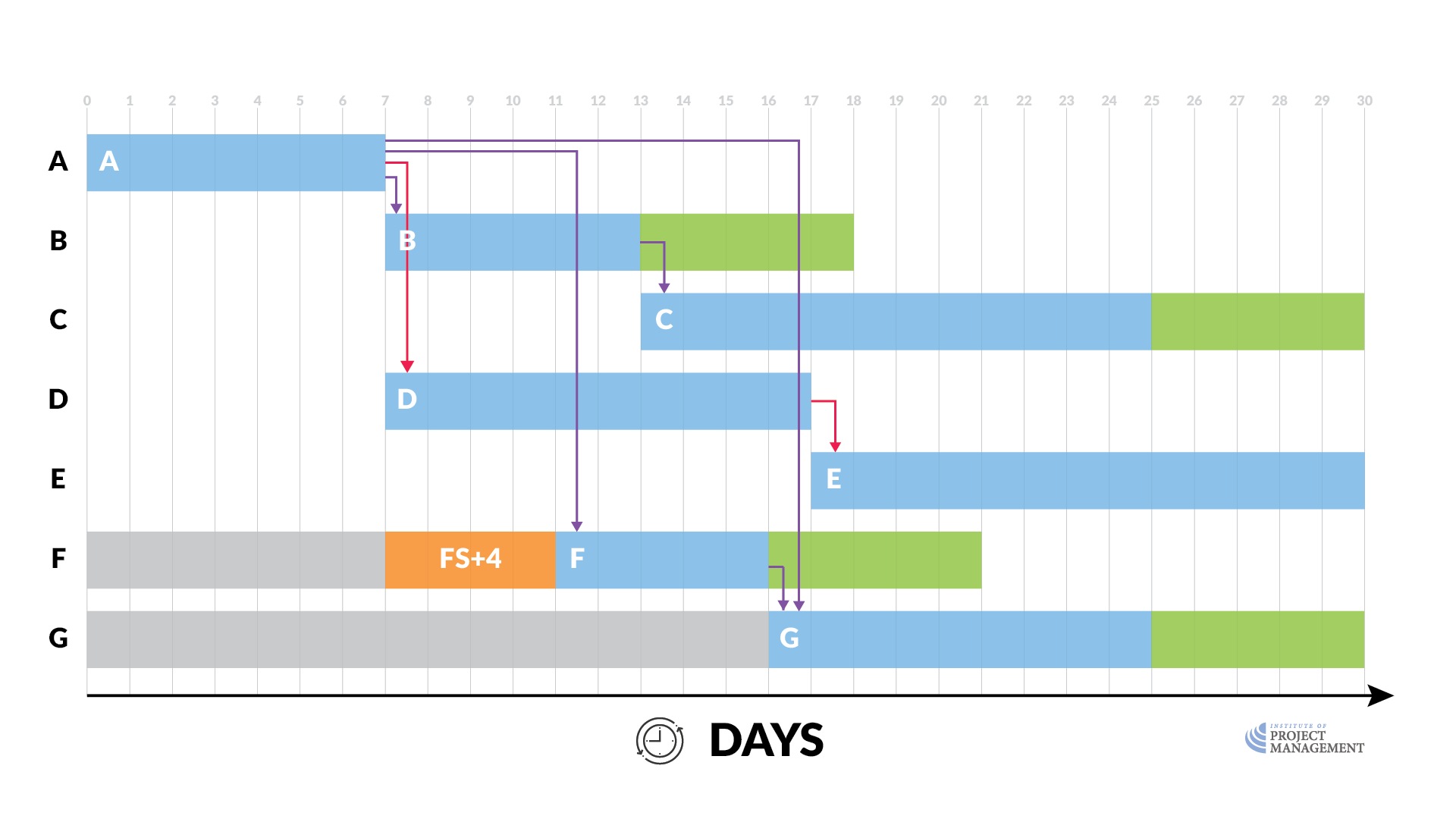 And while we’re at it, why not take advantage of some of Task G’s remaining float?

Let’s drop a +two-day lag in between Tasks F and G, leaving us a three-day buffer (float) at the end of Task G if we still need it. 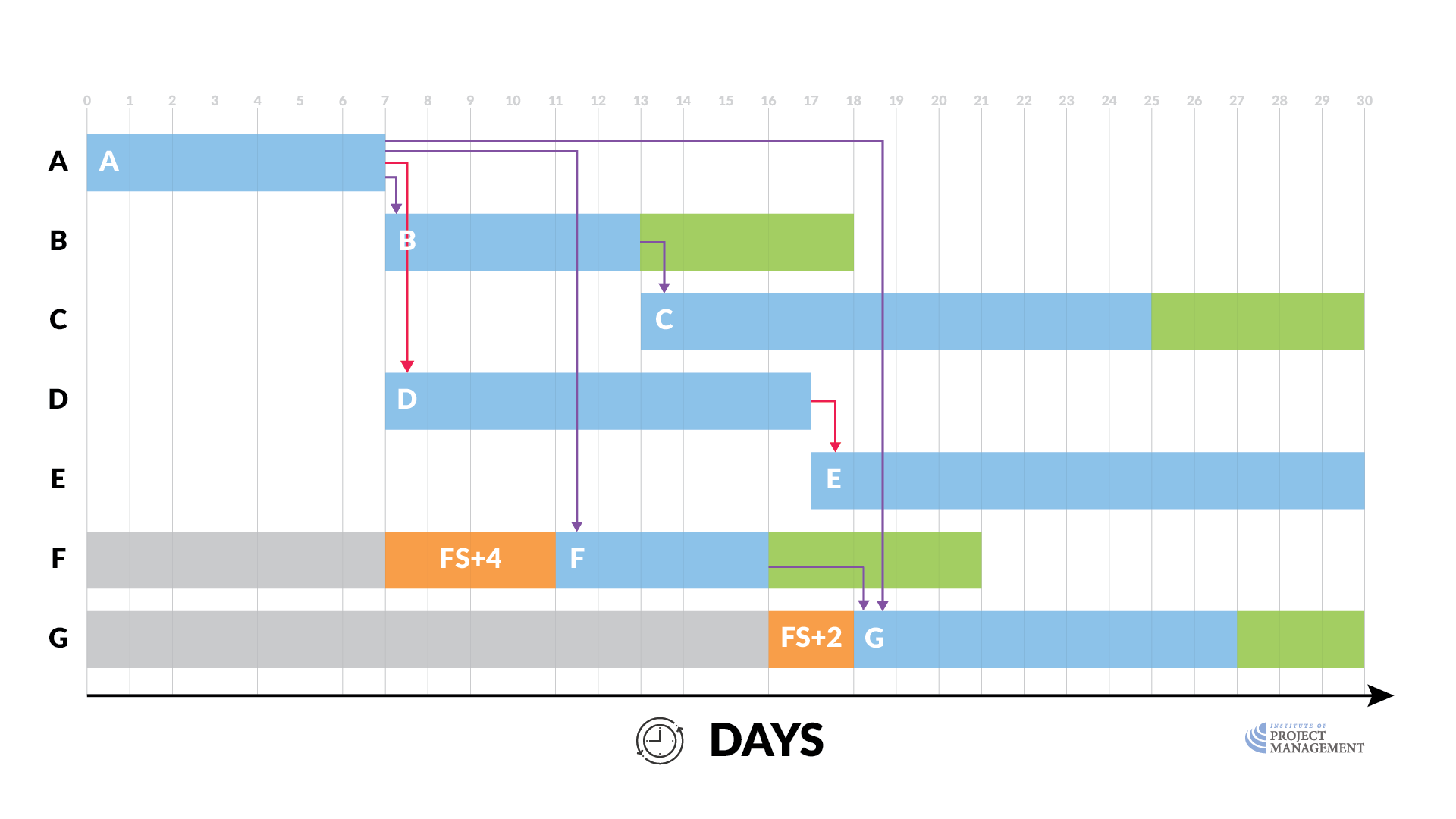 Note that in most Gantt charting software, the float is hidden in the standard view, even though the outer limits of the float (the early start and late finish dates) are enforced by the program.

You also will not see leads and lags highlighted as they are here.

When levelling resources, you are adding time to reduce cost.

In our example, resource levelling doesn’t add time to the overall project because we consumed some of our surplus time (our float) to make it happen.

Nevertheless, when that float is exhausted or simply just not available, the project delivery date is inevitably extended.

A final note: resource levelling is such a powerful tool that some project management software has a button you can press, and with one click the computer will magically level out your resources for you.

Even as our simple example shows, every time you level resources there are significant downstream consequences for your actions, many of which you cannot foresee even as an experienced project manager.

That is why it is important to consult with task owners and other affected stakeholders whenever looking to take advantage of the efficiencies that resource levelling might offer.

Just because you can, doesn’t mean you should.

Next in Microsoft Project, we will assign people (human resources) to tasks and use the Resource Sheet to track them in your project.

Back to Unit 6
Previous Topic
Next Topic
To search the Directory of Certification holders, click here